Ronnie Rowlands is a writer, journalist, and Lancaster University alumnus. He wrote for subtext, SCAN, but most importantly in the context of George Nuttall's recently-passed officer reforms, he served as Vice President (Campaigns and Communications) in the 2014/15 academic year.

Spineless spoke to Ronnie in a wide-ranging conversation about the controversial officer proposals.

Spineless: Hi, Ronnie. So I just wanted to speak to you about the officer proposals that were just passed this evening...

Spineless: Indeed. I was hoping to ask you about the merits of the proposal, in particular, the abolition of the Campaigns and Communications role, because you obviously served in the role, you were heavily involved in student media. It's been proposed to remove it previously, in 2018, with a referendum that fell through on turnout. I wonder if you think this will lead to, in the long term, even fewer resources for student media?

I think it could. First of all, let's look at the history. In years gone by, whenever people have talked about reforming the FTO team structure, it's always been the President role they've wanted to get rid of. But I think there are a few too many people who want that role for themselves, with votes on the LUSU Executive Committee, for that to happen. I think that was the case this time round too.

Go back 10 years and you used to have a structure which was President, General Secretary, Athletic Union President, SCAN Editor, Women's Officer, and Education and Welfare Officer. They changed all that - they got rid of SCAN Editor as a paid role, it became Vice President (Media and Communications)/SCAN Editor.

Another proposal at the time was the new role of VP (Activities) to take on the Athletic Union President responsibilities and the societies remit of the General Secretary. But that led to a huge protest. A general meeting was called where societies and sportsmen turned out and said, 'We want our Athletic Union representation,' and, 'We want our societies representation.' So it was decided, after all that pressure, to have a VP (Sports) and to turn the VP (Finance, Events and Democracy) into the VP (Finance, Events, Democracy and Societies)! Sort of stuck it on there, just to keep everyone happy.

The following year, they restructured again, and created VP (Activities) because everyone was bored year and they just slipped it through. What that has meant is that every year, whenever you have someone running for Activities, the anxiety has always been: what about the societies? Because the societies people run, and the sports people run, and it's always the sports people who win, because more people go partying with the rugby lads than watch Lancaster University Theatre Group in the Nuffield Theatre. So basically, you've got more popular people.

Then they go on stage during hustings and they say, 'Don't worry, I'm a sports guy, but I'll look after societies.' Then they get elected and they don't look after societies, and the whole sorry saga continues. Societies and sports are separate things, and separating those roles out is a valuable, sensible, thing to do.

Spineless: What about abolishing Campaigns and Communications?

You've got to start by looking at the history of that role. It started out as VP Media and Communications/SCAN Editor, the idea being that 'Media and Communications' was actually about being the press officer of the Students' Union. You were the person that did all the publicity, you wrote all the press releases, you decided on the political messaging. That got changed to Campaigns and Communications when the incumbent VP Media and Comms felt, rightly or wrongly, that there needed to be more of a critical distance between SCAN and the LUSU Executive. So they changed their own role to remove SCAN. It became the VP Campaigns and Comms.

It's always been a bit of a poisoned chalice because when you put 'Campaigns' in people start to say, 'Hold on, all the officers should be doing their campaigns.' It wasn't figured that the role of the press officer is very distinct from being a campaigns officer. The press officer makes the policy sound sexy, and when you call it a 'campaigns' officer it sounds like you're there doing stuff other officers should already be doing. That massively diluted the media influence of the role, but because people were still used to it being a media role, generally people involved in student media were the ones who took on the job.

The field has now changed. The role has had more marketing-related people, and the political campaigning elements has been lost. People just want to do comms, so students say, 'Hold on, we've already got the staff to do the comms.' The staff's job is not to do political stuff, the staff's job is to put the political message as requested by the officers. But if you gradually depoliticise the role of Campaigns and Comms, you end up questioning the purpose of the role. Inevitably, people have started to perceive the role of Campaigns and Comms as not valuable.

Spineless: And what do you see as the effects of getting rid of it?

Getting rid of it could be completely disastrous for student media, because student media people wouldn't have a role to aspire to. They can be put in with 'societies', but just because a person has edited SCAN does not mean they're going to know how normal societies work. Societies run differently to student media, it's a different skillset, so they won't be trusted to take on that huge array. It becomes much more of a lottery.

And let's be honest, there are no means of holding the current officers to account, other than by a general meeting which takes weeks to organise and doesn't happen very often, and is completely worthless if over a hundred-odd people don't show up. This means that that perfect cocktail of people not seeing the value of student media and there being no means for student media to hold votes, or to really hold the officers to account, could be disastrous.

Spineless: Has the move come as a surprise to you?

I find it quite remarkable that LUSU would do this immediately after saving Bailrigg's FM licence, following a national campaign. Not just a campaign of students, but of alumni, people who made it in the media, saying, 'What are you doing?' That the value of student media would be so roundly championed, across the nation, even though it was something happening tucked away in Lancaster, for them to suddenly get rid of the officer who is meant to advocate for student media is really, really weird.

What I also find weird is that you've got the Nuttall Ministry, as it were, advocating this. Nuttall pushed himself as this guy who was going to listen to everybody, saying, 'I'm going to go in Alex Square, and I'm going to show up in your kitchen, and ask you what you want.' To completely change the structure of the representative body without consulting with the students properly and without properly gauging what their priorities are, is ridiculous. The only significant change is that they have split sports and societies, which makes perfect sense, and if there was a consultation exercise on that, I can congratulate them.

But could we not also do with a Women's Officer? Or an International FTO? Or an FTO for Postgrad students? Maybe we could, maybe we couldn't. But there are all sorts of ways that student priorities could have been reflected in the make-up of the Full Time Officers. Is it therefore the case that out of all these groups of underrepresented students, the Ministry decided that societies needed their own officer the most? More than postgrads or international students?

Spineless: When you were an FTO, if a proposal like this came forward, would it have occurred in this way?

Well, there would have been more people voting on it for a start, and observers could have come. Union Council was an open meeting and it happened every two weeks. What's happened is that over the last couple of years you've had a groundswell of resentment, that people can't engage with their union anymore, to the point where there's a huge tantrum at an AGM and people are calling for trustees to step down and FTOs to be sacked, and it's just so ugly.

When you had Union Council, the other officers would ask you questions, and regular students could come along. If someone said, 'The union doesn't communicate,' you could turn around and say, 'There's a meeting every two weeks, come and question us.' Now that's not available, there's no safety valve. People can't come and shout at their officers, make them look a little bit of a tit, and then go to Fylde bar. Now students don't know who's making the decisions and when, and they can't contribute to policy-making. There's less representation because there are far fewer officers, and also all the sub-committees have gone.

You had sub-committees of Council. For instance, the Education PTO was a member of Union Council, but they also chaired the Academic Forum which all the department reps were members of. All the department reps had a vote and a voice on a sub-committee of Council. The idea was that they would propose policy at Academic Forum, that would be passed, and that would then be elevated to Union Council. There was a clear direction of travel for policy-making, whereby policy could be developed at the grassroots. You had Societies Council, that was chaired by the Cross-Campus Officer for Societies, where all the society presidents had a seat, had a vote, and had a voice.

It wasn't always used particularly well, but it was there. Now the option isn't there for them at all.

Spineless: This is very evident - one result has been the VNC petition in Graeme Osborn.

The trouble is that when you have so few committees, people don't know which ones are relevant. No one used to care about the Trustee Board, because there were all these other committees. People just knew it was a bunch of boring people who got together and made boring decisions about finances. Now there are so few committees and no one knows what any of them does, more responsibility gets packed into them as a result.

Spineless: Thank you for your time, Ronnie. 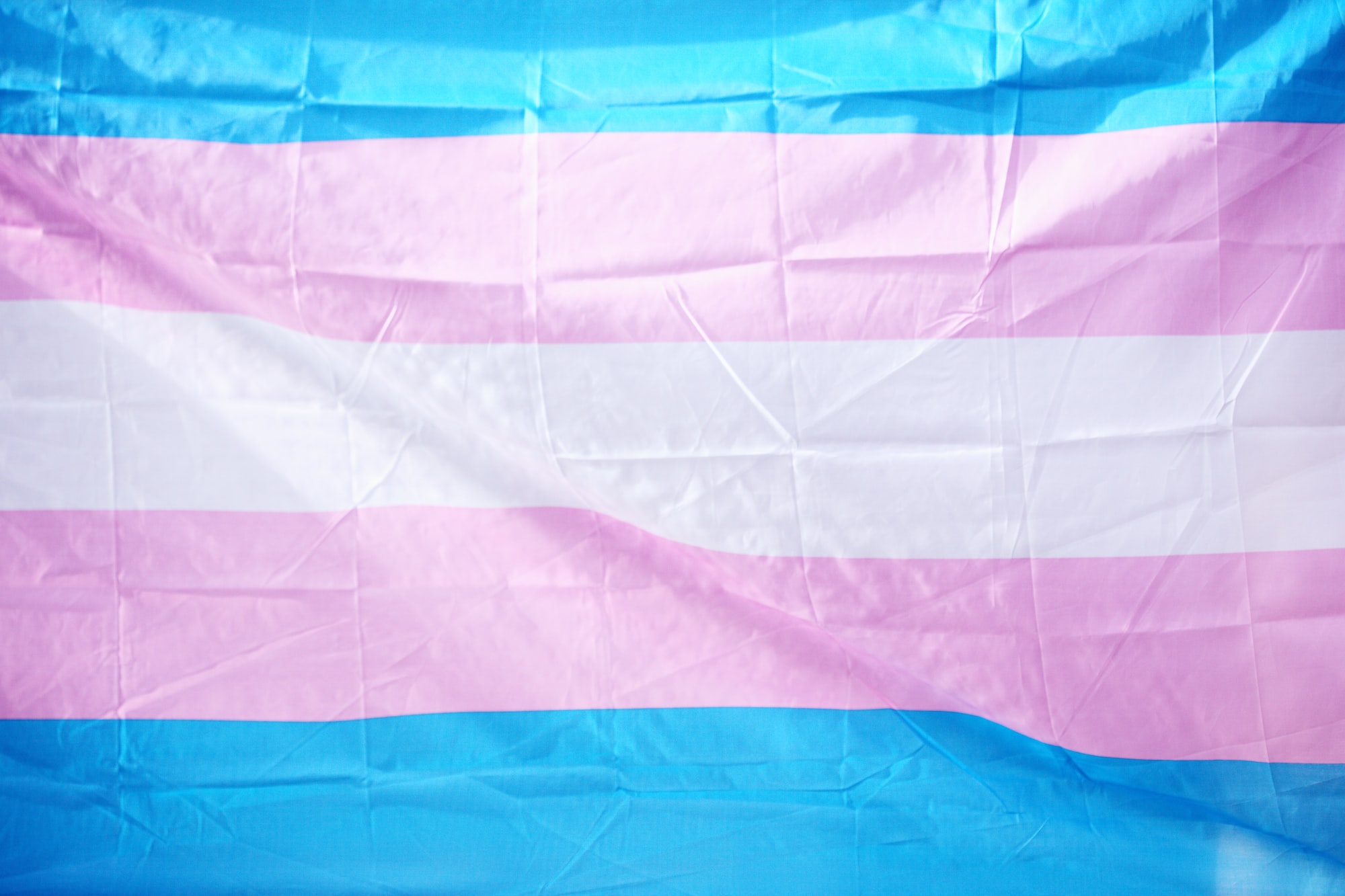 The University has delayed a trans policy by over 18 months.

The event on 24th February will exclude students.